Executioners are hulking human aberrations that patrol certain areas of the island. They wear a version of the common executioner's hood, which obscures their faces. Their bodies are covered in scars and wounds and they carry either a massive axe or scythe.

The Work Report - Cleaning document written by Brother Number Two, presumably to Brother Number One, indicates that one of these executioners was sent to kill the unnamed worker, who escaped the mass murder of his fellow laborers. In the I Am Alive document, it appears that the executioner was successful in completing his task.

Murals depicting what appear the executioner can be found on walls apparently left by children. They tend to depict a happy, praising view of these men, generally drawn near a shining sun and accompanied by a dog. It is unknown at this time if these murals are of the men potentially before coming executioners, perhaps as just farmers, or if they are depicting the executioner as some kind of hero who simply maintains the health of the community's ideals by eliminating perceived threats to the culture.

Executioners are slow and cumbersome when pursuing Daphne and are easily outpaced. They will, however, chase her for large distances. If Daphne is caught or cornered, the executioner can strike her with his massive weapon, inflicting heavy damage. If Daphne dies during an encounter, a killing cinematic is displayed.

Executioners also have a ranged attack, so standing out of reach on rocks is not safe. The executioner reaches behind his back or in his pocket and hurls rocks at Daphne. This attack inflicts moderate damage.

"There's both fresh and clotted blood over them... Yikes!"
After killing the Executioner, you will find the Blood soaked Keys in his body. 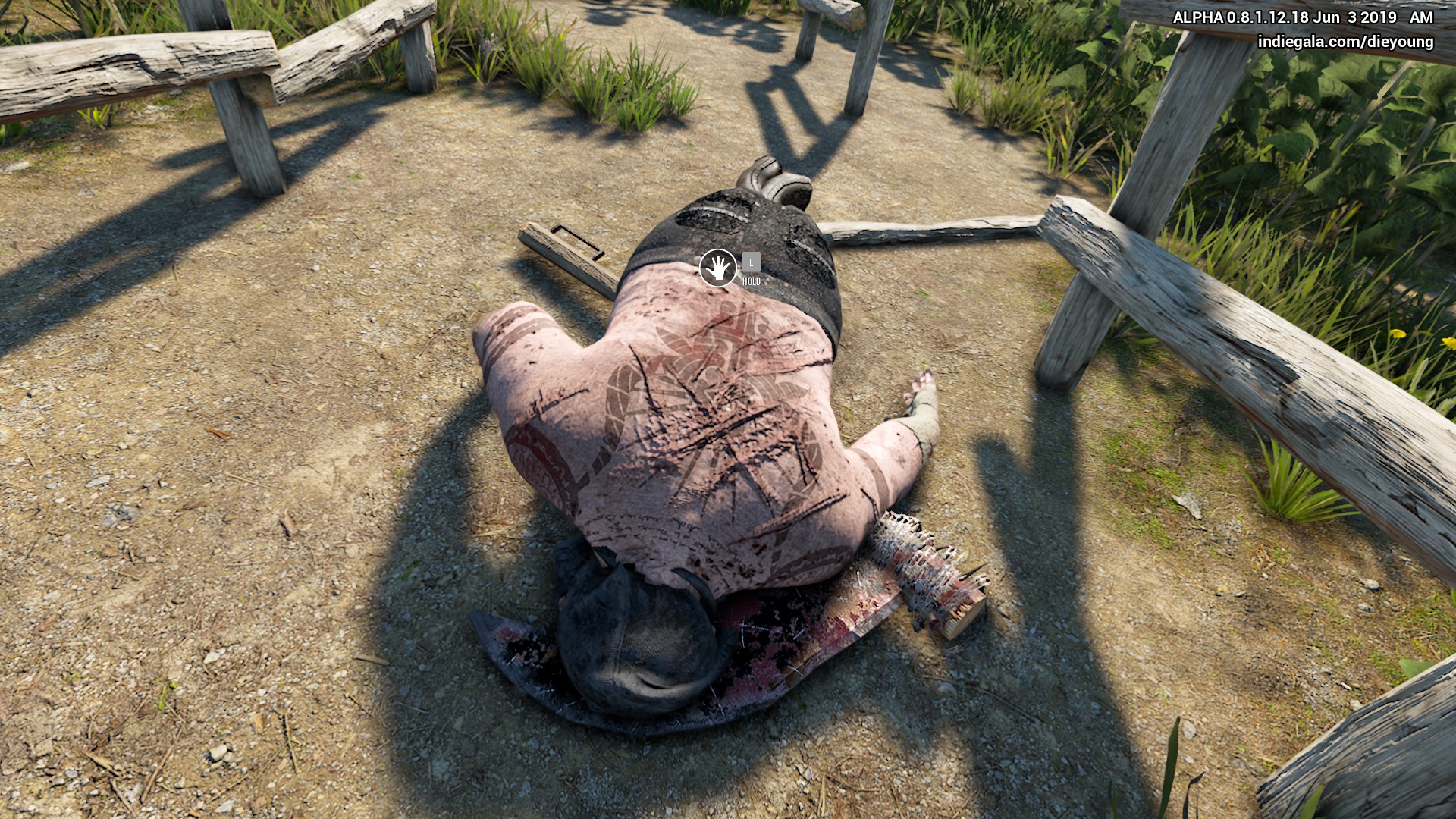